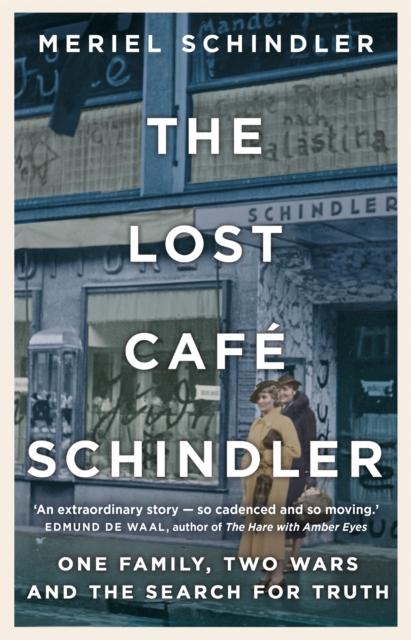 The Lost Cafe Schindler : One family, two wars and the search for truth Hardback

'Rigorously researched, The Lost Cafe Schindler successfully weaves together a compelling and at times deeply moving memoir and family history that also chronicles the wider story of the Jews of the Austro-Hungarian Empire...

It distinguishes itself through its combination of mystery and reconciliation.' -- The Times T2'In tilling the past Meriel has uncovered the most fascinating - and devastating - family history.

The Lost Cafe Schindler is not just a genealogical exploration, though; it sets out the wider experiences of the Jewish population of the Austro-Hungarian empire, weaving in the story of how antisemitism took root' -- Sunday Times'An impressively researched account of Jewish life in the Tyrol up to and during the Second World War' -- Evening Standard'An extraordinary story - so cadenced and so moving.' -- Edmund de Waal, author of The Hare with Amber Eyes'An extraordinary and compelling book of reckonings - a journey across a long, complex and deeply painful arc of history, grippingly told - a wonderful melding of the personal and the political, the family and the historical.' -- Philippe Sands, author of East West Street'A significant benefit for family historians is that her reading, sources and resources offer guidance that others might follow and use in their own research.' Who Do You Think You Are?'A well-researched account.' -- The ObserverBy reconstructing - through letters, photos and archival documents - the specific experiences of her family, Meriel articulates a revealing, often heart-breaking insider's perspective that illuminates the broader narrative.' -- Irish Examiner'The scale of the crimes committed during these years can never be fully comprehended, but through tales like these they become relatable and the sense of loss, shared.' -- Press Association'Compelling and beautifully written... a remarkable and inspiring story that attests to the strength and compassion of the human spirit in overcoming the tragedy of persecution...

Fascinating family history.' - Daily Express'Schindler builds her story patiently, tracking her own journey in unravelling it' - i***Kurt Schindler was an impossible man. His daughter Meriel spent her adult life trying to keep him at bay. Kurt had made extravagant claims about their family history.

Were they really related to Franz Kafka and Oscar Schindler, of Schindler's List fame? Or Hitler's Jewish doctor - Dr Bloch? What really happened on Kristallnacht, the night that Nazis beat Kurt's father half to death and ransacked the family home?

When Kurt died in 2017, Meriel felt compelled to resolve her mixed feelings about him, and to solve the mysteries he had left behind. Starting with photos and papers found in Kurt's isolated cottage, Meriel embarked on a journey of discovery taking her to Austria, Italy and the USA. She reconnected family members scattered by feuding and war.

She pieced together an extraordinary story taking in two centuries, two world wars and a family business: the famous Cafe Schindler.

Launched in 1922 as an antidote to the horrors of the First World War, this grand cafe became the whirling social centre of Innsbruck. And then the Nazis arrived. Through the story of the Cafe Schindler and the threads that spool out from it, this moving book weaves together memoir, family history and an untold story of the Jews of the Austro-Hungarian Empire.

It explores the restorative power of writing, and offers readers a profound reflection on memory, truth, trauma and the importance of cake. 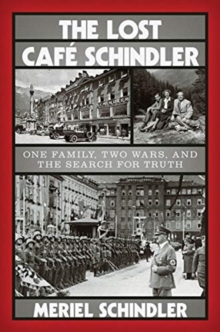 The Lost Cafe Schindler - One Family,... 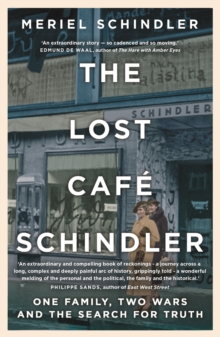 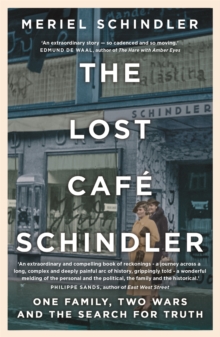