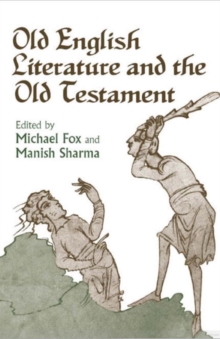 It would be difficult to overestimate the importance of the Bible in the medieval world.

For the Anglo-Saxons, literary culture emerged from sustained and intensive biblical study.

Further, at least to judge from the Old English texts which survive, the Old Testament was the primary influence, both in terms of content and modes of interpretation.

Though the essays focus on individual works, authors, or trends, including the Interrogationes Sigewulfi, Genesis A, and Daniel, each ultimately speaks to the vernacular corpus as a whole, suggesting approaches and methodologies for further study.