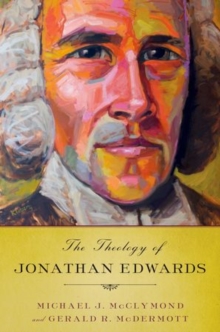 The Theology of Jonathan Edwards Hardback

The Theology of Jonathan Edwards is the first survey of the religious thought of America's theologian-Jonathan Edwards-that draws on all of his writings, now available in a 73-volume online Yale critical edition.

In 48 chapters, McClymond and McDermott, two of the world's leading Edwards scholars, treat topics in Edwards's thought that have rarely been analyzed in depth, and never in coordination with a close analysis of the rest of his theology. Suchtopics include the implications of his doctrine of the Trinity for the divide between Roman Catholicism and Orthodoxy, his enduring appeal among both conservative and liberal Protestants, his ecclesial and sacramental theologies, his conflicted relationship with the history of Calvinism, the cultural-historicaland comparative-religious turn he made toward the end of his career (as the leading colonial thinker on the topic of world religions), the appeals to his ideas in nineteenth- and twentieth-century debates over Methodist, Holiness, Pentecostal, and Charismatic revivals, and the reception of his writings in the England, Scotland, continental Europe, and, more recently, in the evangelical communities of Latin America, Africa, Asia, and Oceania. Many of these topics have only been treated inpassing in the existing literature, and never in connection with one another and with the whole bulk of Edwards's writings.