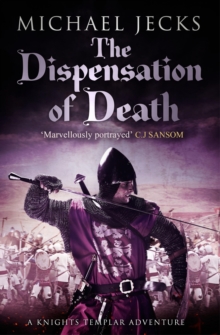 In an age of corruption, what will Sir Baldwin and Simon discover in their search for the truth?

Sir Baldwin de Furnshill and Simon Puttock must risk their own lives to protect the Queen of England in Michael Jecks' cleverly plotted twenty-third medieval mystery, Dispensation of Death. Perfect for fans of C.J. Sansom and Susanna Gregory.

1325: England is a hotbed of paranoia under the reign of the increasingly unpredictable Edward II and his lover, Sir Hugh le Despenser. When the Queen's lady-in-waiting is slaughtered and a man's body, hideously mutilated, is discovered behind the throne, King Edward demands to be avenged.

Sir Baldwin de Furnshill is appointed to track down the killer, aided by his friend, Simon Puttock. But in an age of corruption, the knight and bailiff must fight to stay alive. And Baldwin and Simon soon learn that while their failure to find the murderer will carry its own peril, uncovering the truth may also be fatal.

What readers are saying about Dispensation of Death:

'Always fascinating; the descriptions of the historical characters is a true handbook of medieval history'

'Thrilling, on the edge of your seat stuff. Hard to put the book down' 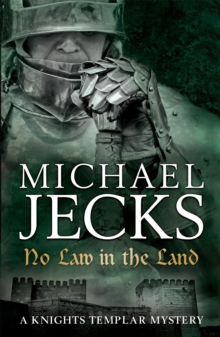