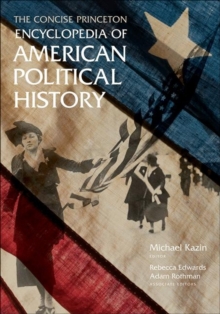 With 150 accessible articles written by more than 130 leading experts, this essential reference provides authoritative introductions to some of the most important and talked-about topics in American history and politics, from the founding to today.

Abridged from the acclaimed Princeton Encyclopedia of American Political History, this is the only single-volume encyclopedia that provides comprehensive coverage of both the traditional topics of U.S. political history and the broader forces that shape American politics--including economics, religion, social movements, race, class, and gender.