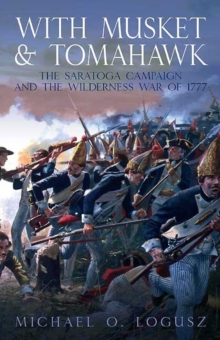 With Musket & Tomahawk : The Turning Point of the Revolution - the Saratoga Campaign 1777 Hardback

With Musket & Tomahawk is a vivid account of the American and British struggles in the massive wilderness region of the northeast during the Revolutionary War.

Combining strategic, tactical, and personal detail, this book describes how the patriots of the recently organized Northern Army defeated England's massive onslaught of 1777, thereby all but ensuring America's independence.

Conceived and launched by top-ranking British military leaders to shatter and suppress the revolting colonies, Britain's three-pronged thrust was meant to separate New England from the rest of the nascent nation along the line of the Hudson River.

Thus divided, both the northern and southern colonies could have been defeated in detail, unable to provide mutual assistance against further attacks. Underneath the umbrella of Saratoga, countless battles and skirmishes were waged from the borders of Canada southward to Ticonderoga, Bennington, and West Point.

Heroes on both sides were created by the score, though only one side proved victorious, amid a tapestry of madness, cruelty, and hardship in what can rightfully be called"the terrible Wilderness War of 1777." Yet, despite intense planning and vast efforts, Britain's campaign resulted in disaster when General John Burgoyne, with 6,000 soldiers, emerged from a woodline and surrendered his army to the Patriots at Saratoga in October 1777. 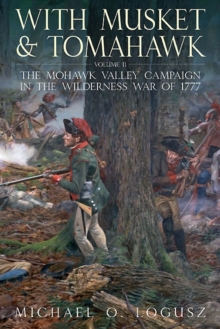 With Musket and Tomahawk II 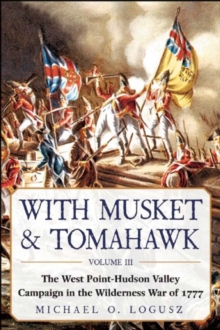