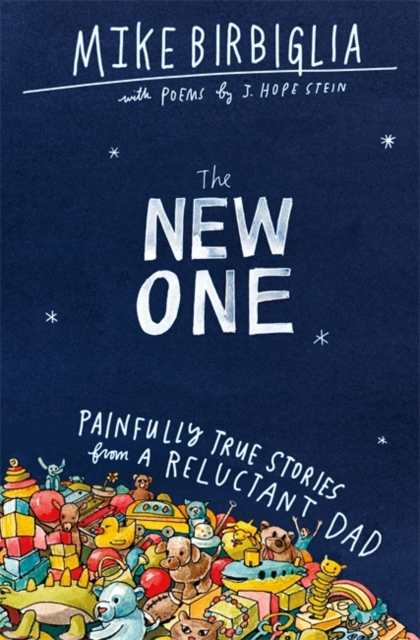 The New One : Painfully True Stories from a Reluctant Dad Paperback / softback

Mike Birbiglia never wanted to be a father. In fact, there are seven very specific reasons he never wanted a kid, including his aversion to sticky surfaces and his less-than-ideal genes: he's had Lyme Disease, a bladder tumor, diabetes, and dangerous sleepwalking, to name a few.

Not to mention the fact that Mike generally doesn't think people (including himself) are really all that great. Then Mike's wife, poet Jen Hope Stein, becomes infected with the contagion "baby fever" and convinces him she'll do all of the parenting and that their lives don't have to change because of future baby Oona.

Yes, he bought that line. In a hilarious memoir about the trials and tribulations of parenting, Mike Birbiglia shares anecdotes all parents can relate to, including laugh-out-loud observations on the lead up to being a parent, the birth of the baby, and the very messy aftermath of bringing this new one home...for a forever stay!

Borne out of and based on his Broadway show The New One, and entirely expanded upon with at least 50% new material for this book, new dad Birbiglia will have you crying from laughter and smiling with joy as he falls in love with baby Oona, despite how smelly she is!Mike's candid thoughts on his reluctance about becoming a dad, what he describes as being the "pudgy milkless vice president of his family," laced with Stein's poetry combine to form a heartfelt and hilarious book.