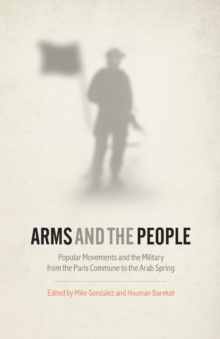 Arms and the People : Popular Movements and the Military from the Paris Commune to the Arab Spring Paperback / softback

This collection examines the relationship between mass movements and the military.

The authors examine a series of historical moments in which a crisis in the military has reflected deep instability in the wider world, including Russia in 1917, Egypt during the Arab Spring, the Paris Commune, as well as long-standing instability in Venezuela and Indonesia, amongst many others. Including a range of international authors who have either studied or been directly involved in such social upheavals, Arms and the People is a pioneering contribution to the study of revolutionary change.