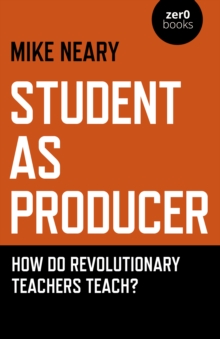 Student as Producer : How do revolutionary teachers teach? Paperback / softback

Mike Neary's account finds itself set in a particular moment of time: between the student protests and urban riots that erupted in England in 2010-2011 and the 2017 General Election, during which students and young people played a significant role by protesting the politics of austerity and by supporting the politics of Corbynism.

The revolutionary curriculum in this book is framed around unlearning the law of labour and the institutions through which the law of labour is enforced, including the capitalist university which, more and more, seeks growth and expansion for the sake of growth, neglecting the intellectual and educational needs of students in favour of the needs of the capitalist state.

Through thought experiments and reference to the work of the Soviet legal theorist, Evgeny Pashukanis, Student as Producer searches for solutions to how cooperatives might be brought about by a sense of common purpose and social defence.

This is a practical, probing response to the ongoing assault on higher education by the social power of Money and the State.

Mike Neary grounds his answers in a version of Marx's social theory known as 'a new reading of Marx', as advanced by authors such as Werner Bonefield and Moishe Postone.

The theory is applied to various aspects of pedagogy, criminology, and political sociology to create a curricula for revolutionary teaching that will aid activists and those involved with co-operative movements who are seeking ways in which to engage critically with higher education. 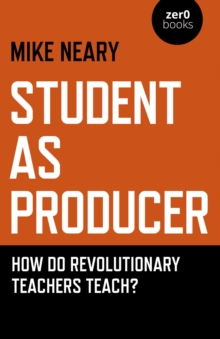