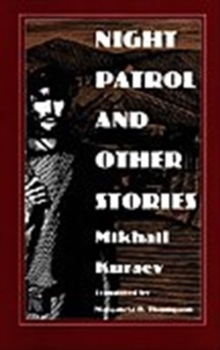 Night Patrol and Other Stories Hardback

"We live in a fantastic reality," Mikhail Kuraev writes. "Life itself, the turns of history, people's fates are unlikely, amazing and fantastic." This is the strange reality, the fantastic world of Russia before glasnost, that comes to life in Kuraev's remarkable short stories and novellas.

Celebrated as one of the true innovators to emerge in recent years, Kuraev mines the rich literary tradition and the deep and not so distant past of his native Russia to produce tales that are both deeply moving and stylistically intriguing. Though steeped in history, his stories pluck from obscurity the little people history ignores-and, in the Soviet Union of Stalin, often crushed.

In the complex "Captain Dikshtein," a fictional account of an incident in the 1921 Kronstad, Kuraev evokes life within Soviet military culture and draws a vivid, difficult portrait of one particular life amid the ships and artillery.

In "Night Patrol," a lowly member of the Soviet secret police narrates his evening rounds, interspersing the nightly arrests with reflections on his long career in the KGB.

In "Petya on His Way to the Heavenly Kingdom," set in a construction site for a hydroelectric dam near Murmansk, a soldier's murder of the village simpleton resonates through a small community committed to an enormous and enormously dubious technological project.

Ranging over a broad landscape of historical foibles, Kuraev's sympathetic wit and satiric brilliance have invited comparison to Gogol, but are finally unique.

In this book, English-reading audiences will discover a new and challenging voice in a tradition that has given the world some of its greatest stories. 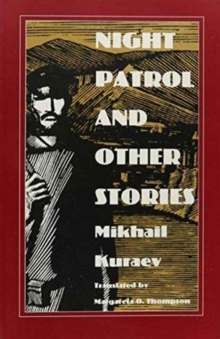 Night Patrol and Other Stories