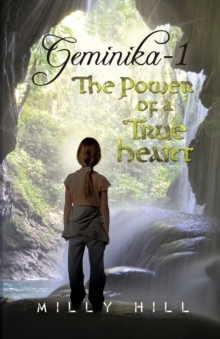 Geminika 1 : The Power of a True Heart Paperback / softback

"Korah Haze has got no brain, no Mum, no Dad, only clothes that are stained ..." Korah was thirteen when both her parents were killed in a car crash.

She became a child of the state, moving from family to family.

Now at fifteen, Korah finds herself in a foster home with an older couple. Korah, constantly in trouble, an outsider in her school never wants to go back, but then in comes Harley, the handsomest boy in school and when she is paired with him for the final music performance of the year she can't believe her luck. But first another adventure awaits - walking from school one day, Korah finds herself in another world, Geminika, a place she will have to save from the Cumulan Empire by destroying three shards which are collecting negative thoughts.

It won't be easy and there will be tragedy ... but maybe that will be the turning point for Korah.