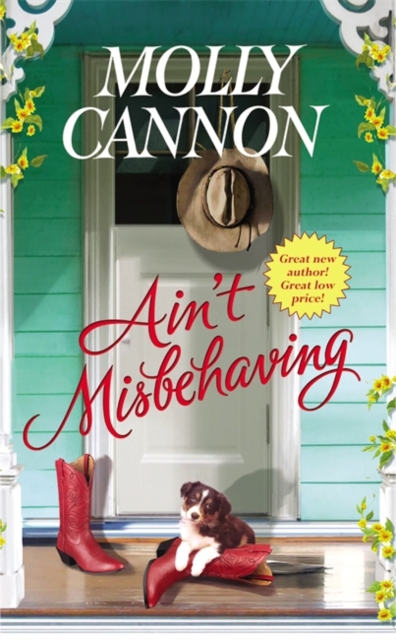 Lately, Marla Jean Bandy has been feeling dried up, dustier than a ghost town in an old western movie. Her no-good husband just dumped her for another woman. Now if this woman had been a young bimbo, it would've been embarassing but Marla Jean would've accepted it but he left her for the 54-year old never-been-married librarian who drove the Bookmobile. That will show her for encouraging him to read more! The absolute last thing she needs in her life right now is Abel Jacobson - aka Jake - with a sexy, lazy smile spread across his face like an angel in a cowboy hat. Ages ago, Jake was her brother's best friend and now that she's dipping a toe in the dating pool, he's popping up everywhere, keeping an eye on her. The only trouble is she can't erase the memory of that hot summer night years ago and the one hungry kiss they shared. But she's not the same dumb girl who'd been sweet on him years ago and she won't ever let herself be that girl again... One look at Marla Jean, newly divorced and out on the town, is enough to make any red-blooded man sit up and take notice - Jake can't help himself.

He should steer clear of her and let her make her own mistakes but old habits die hard. He owes it to her brother to look after her, even though she fights him at absolutely every turn. But will he be able to resist her himself?