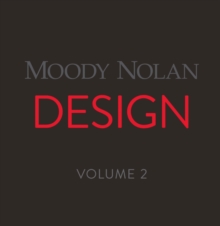 Moody Nolan has come a long way since 1982, when it was formed in a small office with just two employees.

Since then, the Columbus-based architectural firm has grown from a local Midwestern business to a national practice with offices in Atlanta, Boston, Chicago, Cincinnati, Cleveland, Covington, Ky., Dallas, Houston, Nashville, New York City, and Washington, D.C. Moody Nolan is diverse by design, thriving on the unique experiences and viewpoints that each of its 200 employees brings to the table.

This has allowed it to become not only one of America's most respected firms, but the largest, most award-winning, African-American-owned architecture firm in the nation. Moody Nolan Design, Vol. 2 spans 2013 to 2019 and reflects the completed projects and conceptual ideas of a firm committed to excellence with a purpose.

With a focus on 'responsive architecture,' Moody Nolan bridges the divides between architecture and engineering, art and science, what is possible and what is purposeful.