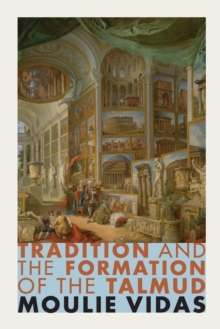 Tradition and the Formation of the Talmud Paperback / softback

Tradition and the Formation of the Talmud offers a new perspective on perhaps the most important religious text of the Jewish tradition.

It is widely recognized that the creators of the Talmud innovatively interpreted and changed the older traditions on which they drew.

Nevertheless, it has been assumed that the ancient rabbis were committed to maintaining continuity with the past.

Moulie Vidas argues on the contrary that structural features of the Talmud were designed to produce a discontinuity with tradition, and that this discontinuity was part and parcel of the rabbis' self-conception.

Both this self-conception and these structural features were part of a debate within and beyond the Jewish community about the transmission of tradition. Focusing on the Babylonian Talmud, produced in the rabbinic academies of late ancient Mesopotamia, Vidas analyzes key passages to show how the Talmud's creators contrasted their own voice with that of their predecessors.

He also examines Zoroastrian, Christian, and mystical Jewish sources to reconstruct the debates and wide-ranging conversations that shaped the Talmud's literary and intellectual character. 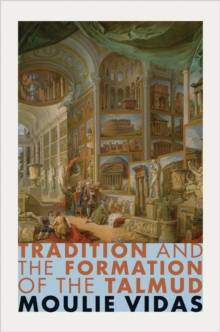 Tradition and the Formation of the...