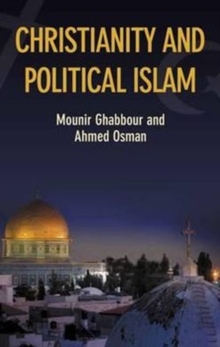 The tragic events in America on September 11th 2001 and the continuing saga of the Arab-Israeli conflict in the Middle East have served to focus world attention on Islam and the nature and origin of Islamic belief.

While some Islamic leaders condemn such attacks as contradicting the teaching of Islam, some Muslim politicians praise them as an obligation on every Muslim to kill the unbelievers.

This difference in view shows that two forms of Islam exist now in the Middle East: a religious one, and a political one.

Political Islam calls for Jihad to fight the enemy, who they identify as their local rulers as well as Israel and the United States.

With the spread of Political Islam, the original Islamic teaching, established by the Kuran, seems to have been forgotten.

Muhammad confirmed Islam was not a new religion, but an old one, from the time of Abraham.

It relies on the monotheistic teaching of Moses and the Christian belief of the resurrection.

This concise, erudite account of the background to today's present conflicts is required reading.