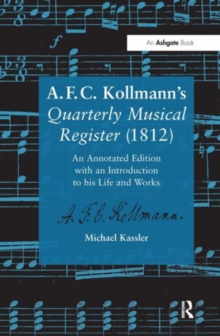 A.F.C. Kollmann's Quarterly Musical Register (1812) : An Annotated Edition with an Introduction to his Life and Works Hardback

Augustus Frederic Christopher Kollmann (1756-1829) was born in Germany and lived from 1782 at St James's Palace, London, where he was organist and schoolmaster of His Majesty's German Chapel.

He was one of the most profound music theorists of his time, and a pioneer in introducing Bach's music to England.

His most extensive effort to inform the public about developments in the whole field of music - from acoustics to concert performance, from musical patents to books about music - was The Quarterly Musical Register, the first number of which is dated 1 January 1812.

It can be regarded as England's first musicological journal. Written almost entirely by Kollmann, this journal included the first substantial English-language biography of Bach, identified anonymous music reviewers in English literary periodicals, gave a retrospect of the state of music in Great Britain and Germany, discussed efforts to improve organs and pianos, critically reviewed two editions of John Wall Callcott's Musical Grammar, and provided an account of Kollmann's own theory and much more. The Quarterly Musical Register folded after its second number.

Only eight copies of the first number and six of the second appear to be extant, and just two libraries have the covering wrappers with which each number was issued.

This book reproduces in facsimile both numbers and their wrappers, and presents new information about Kollmann's life and works. 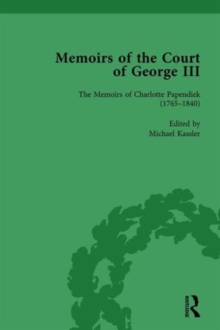 The Memoirs of Charlotte Papendiek... 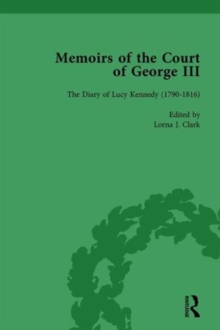 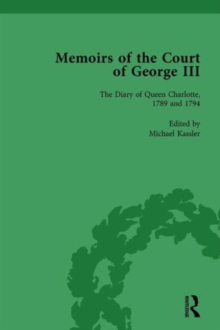 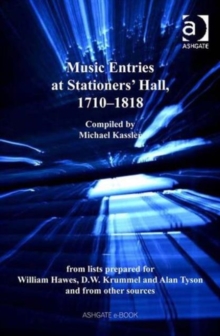