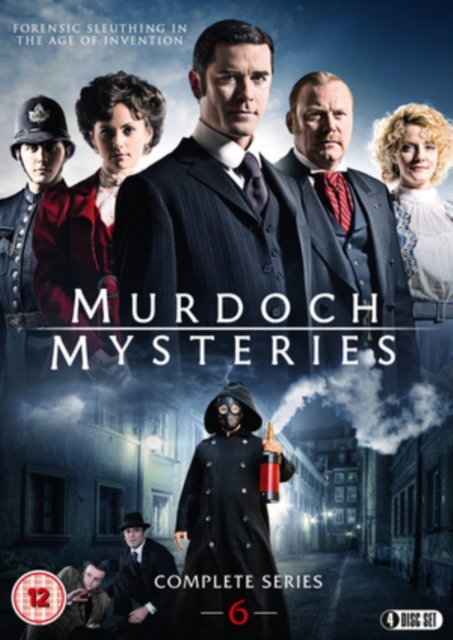 All 13 episodes from the sixth season of the historical crime drama set in late 19th-century Toronto.

Assisted by Inspector Thomas Brackenreid (Thomas Craig), coroner Dr Julia Ogden (Helene Joy) and Constable George Crabtree (Jonny Harris), Murdoch employs these newfangled methods - as well as his own unswerving instinct - to solve some of the city's most gruesome murders.

The episodes are: 'Murdoch Air', 'Winston's Lost Night', 'Murdoch On the Corner', 'A Study in Sherlock', 'Murdoch Au Naturel', 'Murdoch and the Cloud of Doom', 'The Ghost of Queen's Park', 'Murdoch in Ladies Wear', 'Victoria Cross', 'Twisted Sisters', 'Lovers in a Murderous Time', 'Crime and Punishment' and 'The Murdoch Trap'.