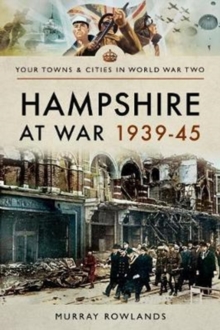 This is an important first book on the major pivotal role Hampshire played in World War II.

You will find principal details of the genesis for D-Day and how the Battle for Britain happened on a day by day basis.

The author highlights the people s experience of total war from the blitz in Portsmouth, Gosport and Southampton and raids throughout Hampshire.

Whilst, at sea and in the dockyards you will find details of the Royal Navy s role.

As well as saluting the role of civilians creating and building Spitfires and Hurricanes, _Hampshire at War 1939 - 1945_ places a rightful spotlight on the role Hampshire's women played in the final victory. Hampshire s major effort towards final victory arose from the towns and hamlets of the County set out in this unique book.

Hampshire s War involved the arrival of men and women from all over the world but in particular from Canada and America with important cultural changes for everyone living there. In 1940, when invasion was threatened, a defence of Britain had to be oganised and Hampshire's coast was particularly vulnerable.

Details of how German troops would be resisted after landings in the Solent and along Hampshire s coast are also explored. _Hampshire at war 1939 - 1945_ traces the progress of evacuating its children from vulnerable cities such as Southampton and Portsmouth and records the experience of children themselves.

But most importantly, Murray Rowlands provides the experience of living through WWII, as it happened. 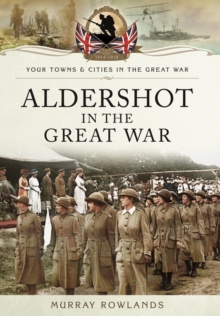 Aldershot in the Great War