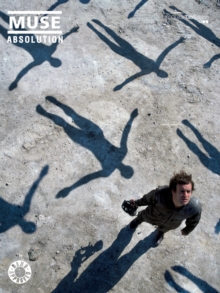 This artist-approved edition of the songbook features all songs from the album arranged for guitar, piano and voice in standard notation and tablature with melody line and chord symbols. It was released on 21 September 2003 in the UK and yielded the band's first American hits - Time Is Running Out and Hysteria, the former becoming their first UK Top 10 single.

In 2009 it was voted second-best album of the 21st century by Kerrang!