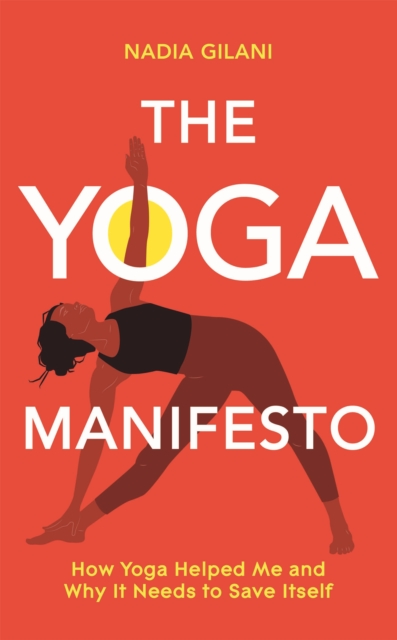 The Yoga Manifesto : How yoga helped me and why it needs to save itself Hardback

'Raw. Vulnerable. Open. Truthful . . . This is a book that will open up the floor for even more honest conversations about the side of yoga we don't often see.' - Angie Tiwari @tiwariyogaHow did an ancient spiritual practice become the preserve of the privileged?Nadia Gilani has been practising yoga for twenty-five years.

She has also worked as a yoga teacher. Yoga has saved her life and seen her through many highs and lows; it has been a faith, a discipline, and a friend, and she believes wholeheartedly in its radical potential.

However, over her years in the wellness industry, Nadia has noticed not only yoga's rising popularity, but also how its modern incarnation no longer serves people of colour, working class people, or many other groups who originally pioneered its creation.

Combining her own memories of how the practice has helped her with an account of its history and transformation in the modern west, Nadia creates a love letter to yoga and a passionate critique of the billion-dollar industry whose cost and inaccessibility has shut out many of those it should be helping.

By turns poignant, funny, and shocking, The Yoga Manifesto excavates where the industry has gone wrong, and what can be done to save the practice from its own success.