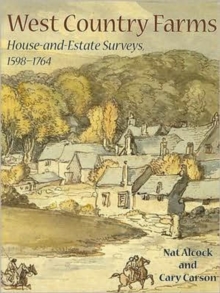 This major innovative study is centred on a type of document that has hitherto been almost unknown to scholars.

It explores the significance of a unique source, the 'house-and-estate' survey - which adds detail of the village's houses, outhouses, and farm buildings to the standard evidence of an estate survey. These surveys are explored for South-West England for the period from the end of the 16th to the mid-18th centuries.

The first part of the book examines the twenty West Country communities for which such surveys survive, using these documents to paint landscapes of individual farming communities caught at one moment in time - pictures that come as close as written records can to the complete archaeological excavation of village sites.

It examines (a) The communities and their social structure, including land-holdings and demographic evidence. (b) The houses, covering construction and plan (including evidence from standing buildings); rooms and their use, and the pattern of housing revealed in the surveys. (c) The farmsteads, covering the buildings of the farmsteads (examining both standing buildings and documentary sources), the relationship of the farms to the regional economies, and the discovery of economic opportunities and contrasts between neighbours (an innovative study based on comparisons drawn from the survey evidence).

The second part of the book considers each of the villages and their farms in detail.

Each chapter introduces the place and its individual features, discusses the character of the houses, of the farmsteads and the farming economy as revealed in the surveys. This is followed by an abstract of the detailed information in the corresponding survey.

The book includes an index including the many hundred West-country individuals named in the surveys, that will be of value to anyone working on the region. 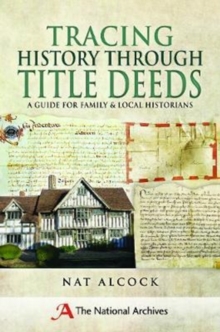