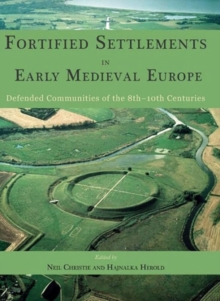 Twenty-three contributions by leading archaeologists from across Europe explore the varied forms, functions and significances of fortified settlements in the 8th to 10th centuries AD.

But they were all expressions of control - of states, frontiers, lands, materials, communities - and ones defined by walls, ramparts or enclosing banks.

Strongly informed by recent fieldwork and excavations, but drawing also where available on the documentary record, this important collection provides fully up-to-date reviews and analyses of the archaeologies of the distinctive settlement forms that characterised Europe in the Early Middle Ages.