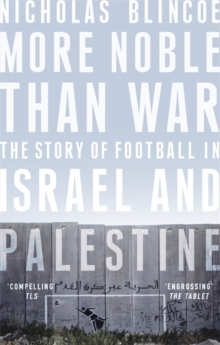 More Noble Than War : The Story of Football in Israel and Palestine Paperback / softback

By turns tragic and hopeful, the history of Israel and Palestine through the lens of the world's most popular sport. Football has never been shy of politics. This is especially true for Israel and Palestine. A sport introduced by Victorian churchmen swiftly became a vehicle for nationalism and pride.

Under British military rule, Jewish and Palestinian teams competed in the same leagues, not only on the pitch, but in smoky committee rooms and street corners, as the two communities fought for control of the sport.

After the creation of Israel in 1948, Palestinian football survived among refugees, with Jordan's greatest side hailing from the poorest of the camps on the fringes of the capital.

In recent years, Israel's dynamic Premier League has seen some of the country's best teams and players emerge from the Palestinian community - inspiring hope that football might help Arabs and Jews become friends and equals.

Meanwhile, in the West Bank and Gaza, a series of shock wins by a new Palestinian national side saw Palestine climb the FIFA rankings, making football the one field where Palestinians could compete with pride on a world stage, as one nation among the others.

This is a vibrant and often shocking story filled with driven, even ferocious people who are inspired by nationalism as much as a love of the game.

There are many sacrifices, as brilliant teams are scattered by wars, side-lined through boycotts, and stories of players arrested, expelled, driven to hunger strikes, and beaten or shot.

It is a story not simply of Jewish-Arab rivalry, but also of the deep fracture lines within each community. In this unusual history of the world's most intractable conflict, Nicholas Blincoe sets out to ask: is it hopelessly romantic to think of football as a level playing field, governed by sportsmanship and the love of the game? Or will it always be just another space to be fought over and polluted?

Also by Nicholas Blincoe   |  View all 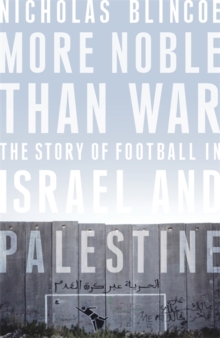 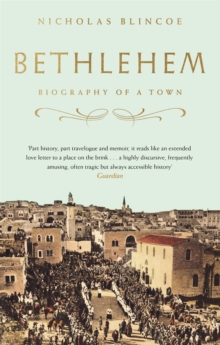 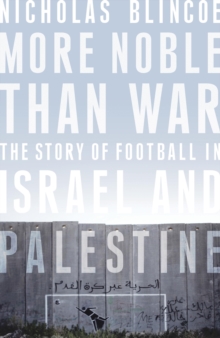 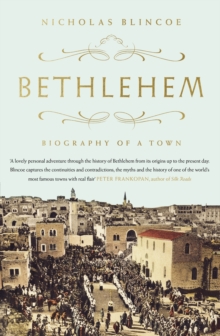