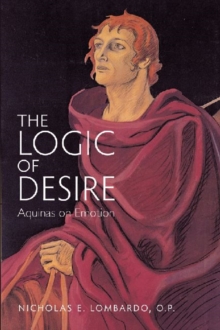 The Logic of Desire : Aquinas on Emotion Paperback / softback

When Thomas Aquinas completed his Treatise on the Passions, it was likely the longest sustained discussion of the emotions ever written.

His influence on medieval and early modern philosophy was enormous, overshadowing every other medieval author on the topic of emotion.

Although Aquinas's account of emotion merits attention for its historical significance and enduring value, it remains neglected by philosophers and theologians. With emotion emerging as a focus of interest in many disciplines, the time is ripe for a reconsideration of Aquinas's contribution.

Desire and emotion are central to Aquinas's theological project, and his views on many topics, including the relationship between cognition and emotion, show remarkable prescience in the light of recent developments.

Emotion is particularly important to his understanding of virtue and vice.

Focusing on the Summa theologiae, Nicholas Lombardo contributes to the recovery, reconstruction, and critique of Aquinas's account of emotion in dialogue with both the Thomist tradition and contemporary analytic philosophy.

It considers Aquinas's thought on emotion in its historical context and inner logic, and shows how it bears on larger issues in his anthropology and ethics. 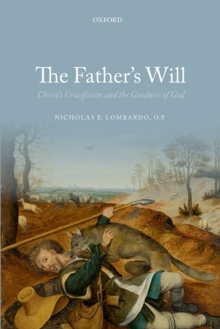