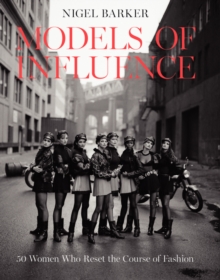 Models of Influence : 50 Women Who Reset the Course of Fashion Hardback

New York Times Bestseller Nigel Barker-fashion authority, photographer, and host of Oxygen's The Face-presents 50 of the most influential models from the 1940s to today through a wealth of full-color photographs from the world's most renowned fashion photographers and an anecdotal text that reveals each woman's indelible place in the pantheons of fashion and popular culture. Interweaving 200 gorgeous photographs and informative and entertaining anecdotes, Models of Influence profiles 50 women who have made an unforgettable impression on fashion, the modeling industry, and our notions of beauty.

Eight chronological chapters, each of which spotlight an era, feature the stories and images of women who made their mark. These include Lisa Fonssagrives-Penn, Dovima, and Dorian Leigh, who reigned during modeling's golden age in the 1950s; Twiggy, Veruschka, and Jean Shrimpton, who embodied the free spirit of the 1960s; and Lauren Hutton, Iman, and Janice Dickinson, models who revolutionized the notion of beauty in the 1970s. Barker profiles those who've become the million-dollar faces of their time, such as Christie Brinkley and Elle Macpherson; revisits the age of the supermodel, when Christy Turlington, Linda Evangelista, and Naomi Campbell rose to global stardom; and spotlights eternal chameleons Kate Moss, Stella Tennant, and Amber Valletta, among others.

Also included are models who brought us into the twenty-first century, and those who are leading the way into the future, from Gisele Bundchen, Daria Werbowy, Liya Kebede, and Coco Rocha to Cara Delevingne, Karlie Kloss, Lara Stone, Joan Smalls, and Kate Upton. Nigel Barker showcases each model's incandescent style-that special something that sets her apart, whether it's her unique physicality, a daring approach to image-making, or a particular energy that reflects the zeitgeist.

Here, too, are models who broke the mold in their respective eras and turned the standard notion of beauty on its head. Stunning in its breadth and beauty, comprising some of the finest fashion images over the last 70 years, Models of Influence is a celebration of fashion and a group of unforgettable women who have helped shape and change modern culture.

Also by Nigel Barker   |  View all 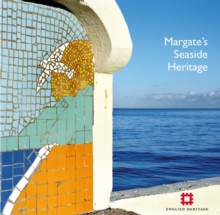 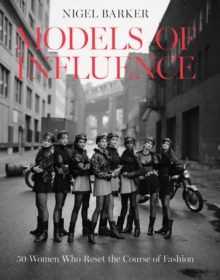 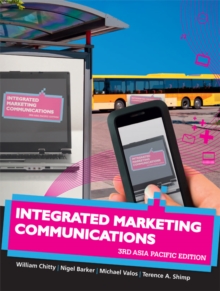 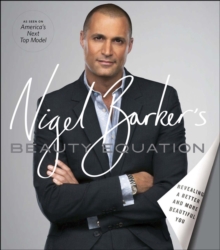