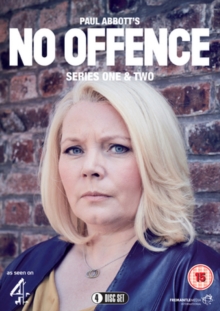 Every episode from the first two series of the British police procedural comedy starring Joanna Scanlan, Elaine Cassidy, Alexandra Roach and Will Mellor.

The show follows a tough and unorthodox team of officers working for Manchester Metropolitan Police as they are faced with the task of cleaning up the streets.

But how will they cope with a suspected serial killer on the loose?