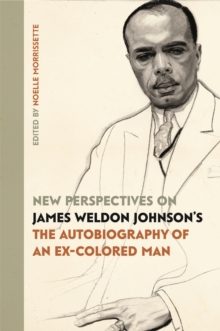 James Weldon Johnson (1871-1938) exemplified the ideal of the American public intellectual as a writer, educator, songwriter, diplomat, key figure of the Harlem Renaissance, and first African American executive of the NAACP. Originally published anonymously in 1912, Johnson's novel The Autobiography of an Ex-Colored Man is considered one of the foundational works of twentieth-century African American literature, and its themes and forms have been taken up by other writers, from Ralph Ellison to Teju Cole. Johnson's novel provocatively engages with political and cultural strains still prevalent in American discourse today, and it remains in print over a century after its initial publication.