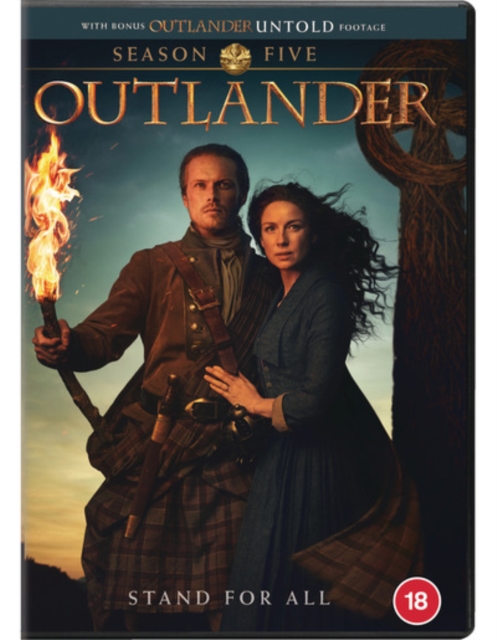 All 12 episodes from the fifth season of the British-American drama based on the novels by Diana Gabaldon.

In this season, Jamie (Sam Heughan), Claire (Caitriona Balfe) and Roger (Richard Rankin) raise a militia to fight the impending threat of the Regulator.

The episodes are: 'The Fiery Cross', 'Between Two Fires', 'Free Will', 'The Company We Keep', 'Perpetual Adoration', 'Better to Marry Than Burn', 'The Ballad of Roger Mac', 'Famous Last Words', 'Monsters and Heroes', 'Mercy Shall Follow Me', 'Journeycake' and 'Never My Love'.