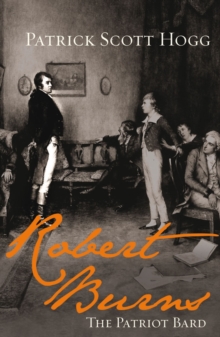 This new biography of Scotland's national poet explodes the Burns myth, replacing the ram-stam lad of popular cliche with the real, living Burns.

He is revealed as a Scottish patriot of the heart, an idealist who wished for 'Freedom and Liberty' for his beloved Scotland, but also a man who was pragmatically a British patriot who risked his life for democratic reform. In Robert Burns: The Patriot Bard, the greatest of Scotland's poets is placed within the true context of his times.

Burns is painted in his native colours as a highly complex, hyper-intelligent writer in both prose and poetry, not the semi-confused contradictory simpleton of previous biographies.

The fascinating legend of Burns as ladies' man is placed where it should be, as less important than the message of the bard. The real day-to-day Burns was irascible, stubborn-minded, independent, controversial and opinionated.

His voice was always in the language of the people and his idealist vision of a better world lifted him from being exclusively a patriotic Scottish and British poet to a poet of humanity 'the world o'er'.

Drawing from Burns' existing canon of poetry and letters, plus some newly attributed works suppressed for over two centuries, this life story is a roller-coaster narrative that charts the success and untimely death of the greatest songwriter of all time, the real Robert Burns. 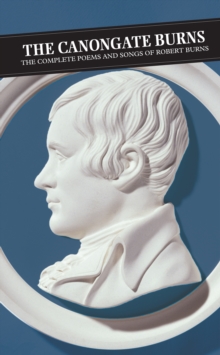 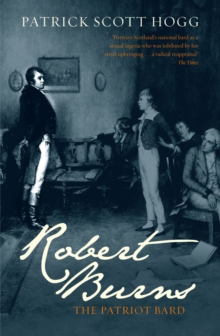