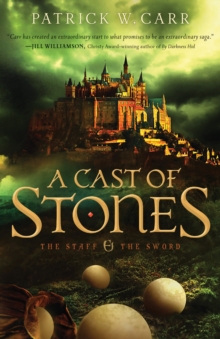 A Cast of Stones Paperback / softback

Part of the The Staff and the Sword series

2014 Carol Award Winner for SpeculativeThe Fate of the Kingdom Awaits the Cast of StonesIn the backwater village of Callowford, roustabout Errol Stone is enlisted by a church messenger arriving with urgent missives for the hermit priest in the hills.

Eager for coin, Errol agrees to what he thinks will be an easy task, but soon finds himself hunted by deadly assassins.

Forced to flee with the priest and a small band of travelers, Errol soon learns he's joined a quest that could change the fate of his kingdom. Protected for millennia by the heirs of the first king, the kingdom's dynasty nears its end and the selection of the new king begins--but in secret and shadow.

As danger mounts, Errol must leave behind the stains and griefs of the past, learn to fight, and discover who is hunting him and his companions and how far they will go to stop the reading of the stones. "With an engaging, imaginative world that bristles with danger, characters that keep you guessing, and a story that sticks with you, A Cast of Stones will keep you devouring pages until the very end.

I highly recommend it!" --John W. Otte, author of Failstate"Carr's debut, the first in a series, is assured and up-tempo, with much to enjoy in characterization and description--not least the homely, life-as-lived details." -Publishers WeeklyThis fast-paced fantasy debut set in a medieval world is a winner.

Both main and secondary characters are fully drawn and endearing, and Errol's transformation from drunkard to hero is well plotted.

Carr is a promising CF author to watch. Fans of epic Christian fantasies will enjoy discovering a new voice. "Like the preceding series title, Inescapable, this tale of suspense offers a colorful cast of characters, small-town drama, and a hint of romance.

A sure bet for fans of Hannah Alexander." --Library Journal"[Good fantasy books] have to be excellent.

Good storytelling and exceptional characters with circumstances that are easy enough to follow and wrap your brain around but keep you entertained and guessing...

Cast of Stones has found itself firmly in that list of books.

I absolutely, one hundred percent loved this book." --Radiant Lit 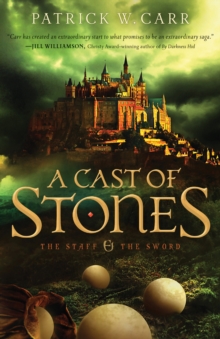 A Cast of Stones (The Staff and the... 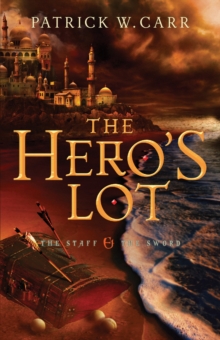 The Hero's Lot (The Staff and the Sword) 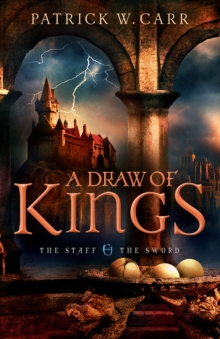 A Draw of Kings (The Staff and the... 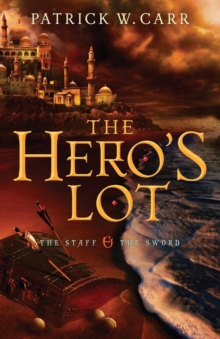 Also in the The Staff and the Sword series   |  View all

A Cast of Stones (The Staff and the...

The Hero's Lot (The Staff and the Sword)

A Draw of Kings (The Staff and the...