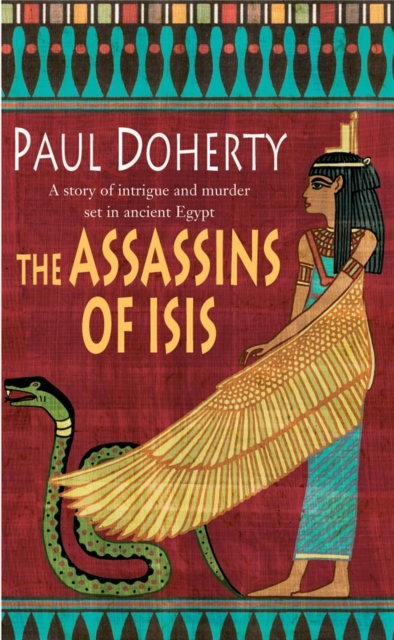 Somewhere deep in the desert, the location of Rahimere's tomb has long been kept a closely guarded secret.

But now, the Sebaus - a sect taking its name from demons - has plundered and pillaged the sepulchre for its most powerful treasure. The fiery Pharaoh Queen Hatusu must fight to protect the tombs of her kin and tighten her grip on the collar of Egypt.

But when Egypt's great military hero, General Suten, is bitten to death by a swarm of venomous vipers, it appears events have spiralled out of her control. Meanwhile, a dark shadow lies across the peaceful Temple of Isis; four of the temple handmaids have vanished without trace.

Will Lord Amerotke, Pharaoh's Chief Judge, find that the perpetrators are in league with forces beyond his jurisdiction?