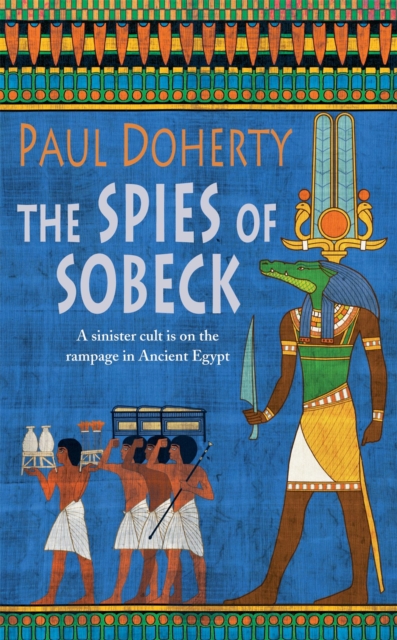 In Paul Doherty's new novel, Amerotke, Chief Judge of the Hall of Two Truths, is once again summoned to the Imperial Palaceo: Tekreth, Guardian of the Door of Sobeck, has fallen to his death from the roof of his stately mansion.

According to all evidence, it was an accident but Pharaoh Queen Hatusu is not convinced.

Increasingly worried about reports of mysterious disappearances along the Sobeck Road, the imperial highway stretching south, she believes that Tekreth's death could be part of a far greater problem.

Amerotke, aware of the reports from the Sobeck Road, has also heard rumours about the Shemai, a cult devoted to death, based along its borders.

Before Amerotke can start to consider either of these matters though, a gruesome mass murder occurs at the Necropolis.

The funeral party for revered scribe, Ptulimis, has been poisoned and Amerotke must immediately investigate the abomination.

As Amerotke probes further, he suspects that all these events may be connected and that dangerous forces are at work in Pharaoh Hatusu's realm.

Will Amerotke be able to uncover the truth before Egypt is overrun by its sinister and dangerous underworld?