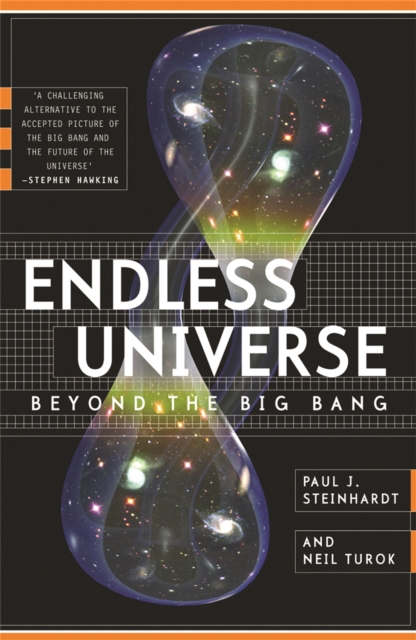 A radical, yet accessible, new theory of the origins and future of the universe by two of the world's leading cosmologistsThe first serious challenge to the widely accepted 'Big Bang' model of the universe.

According to 'Big Bang' theory, space and time sprang into existence fifteen billion years ago: a super-heated fireball of near infinite density that expanded at phenomenal speed.

As it continued to expand, it cooled and condensed to create the galaxies, stars and planets we see today. But the theory has always had flaws and they have become increasingly difficult to reconcile.

Why is the distribution of matter and radiation in the universe so uniform?

Why is space flat rather than curved, as Einstein's theory of general relativity suggests? And where did the seeds for forming galaxies come from?

To resolve these issues, Turok and Steinhardt propose a very different model of the universe.

They argue that it is without beginning or end, truly an ENDLESS UNIVERSE. This highly accessible book chronicles the last thirty years of cosmology; it explains the discovery of 'dark energy', 'dark matter' and addresses the question of when the next collision might occur between our worlds and the parallel dimensions in space.