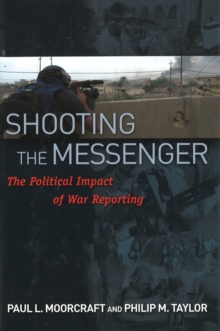 Shooting the Messenger : The Political Impact of War Reporting Hardback

As the literature on military-media relations grows, it is informed by antagonism either from journalists who report on wars or from ex-soldiers in their memoirs.

Academics who attempt more judicious accounts rarely have any professional military or media experience. A working knowledge of the operational constraints of both professions underscores Shooting the Messenger.

Moorcraft has served in the British Ministry of Defence, while historian-by-training Philip M.

Taylor is a professor of international communications who has lectured widely to the U.S. military and at NATO institutions. Some of the topics they examine in this wide-ranging history of military-media relations are:-the interface between soldiers and civilian reporters covering conflicts-the sometimes grey area between reporters' right or need to know and the operational security constraints imposed by the military-the military's manipulation of journalists who accept it as a trade-off for safer battlefield access-the resultant gap between images of war and their reality-the evolving nature of media technology and the difficulties-and opportunities-this poses to the military-journalistic performance in reporting conflict as an observer or a participantMoorcraft and Taylor provide a bridge over which each side can pass and a path to mutual understanding. 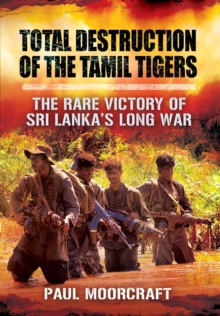 Total Destruction of the Tamil Tigers