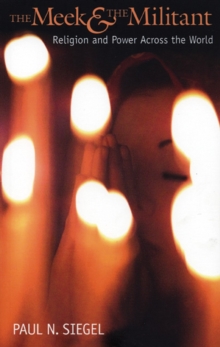 The Meek & The Militant : Religion and Power Across the World Paperback / softback

Everyone knows that Marx wrote 'religion is the opium of the people,' but all too frequently this aphorism is regarded as exhausting what he and Engels had to say on the subject.

This reprint of a Marxist classic sheds much needed light on a topic of renewed interest-the impact of religion on politics.

The Meek and the Militant examines the historical roots of religion around the world, its origin and persistence, and how it has acted as a bulwark of the social order but also as a revolutionary force.'

Shakespearian Tragedy and the...