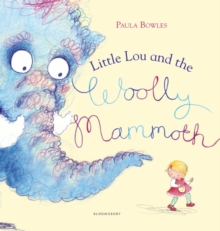 When Little Lou finds a wriggly, squiggly piece of wool amongst a pile of toys, she curiously gives it a tug.

But - what's this? The wool tugs back - there's something at the other end! And as Little Lou follows the wool, she realises that it's attached to . . . A giant woolly mammoth! Quick, RUN!But soon the woolly mammoth gets snagged, and he starts to get smaller . . . And smaller . . . And smaller. In fact, he is so small that he doesn't really seem so scary anymore - he's just the right size for a cuddle!A charming tale of fear, friendship and not judging a book by it's cover, beautifully illustrated by Paula Bowles. 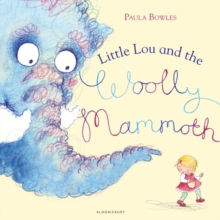 Little Lou and the Woolly Mammoth