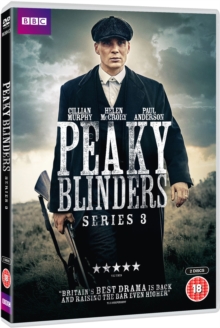 The complete third series of the BBC crime drama following the lives of a gangland family living in Birmingham in the early 1920s.

As the business expands globally, the threats facing the family grow as Tommy finds himself at the centre of an international arms deal and with a possible traitor in his midst.