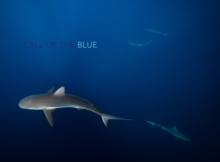 Call of the Blue Hardback

Watching and recording the gradual dismantling of life, beauty and diversity in our oceans is a tortuous experience for scientists.

Our oceans function as earth's organs and our survival depends on their health.

Yet in the last fifty years half of coral reefs have disappeared, only 10% of large fish remain and many species are at the brink of collapse.

Even as the sense of urgency to save our oceans continues to grow, at the time we publish this book, an estimate of only 2% of all global philanthropic and charitable donations go to protecting the environment.

Of this, only a tiny fraction go toward supporting and safeguarding our oceans. Brimming with spectacular, full-page photography of underwater scenes from the Pacific, Atlantic, Indian, Southern and Arctic oceans and many seas, Call of the Blue tells the stories of positive, focused people who are working to save our oceans.

The first book of its kind, Call of the Blue unites more than 100 modern-day explorers, sailors, free divers, film-makers, lawmakers and conservationists who talk about their lives, passions and exploits on, in or under the water.

Call of the Blue demonstrates how the efforts of individuals and communities can inspire and drive change. Notable contributors include United States Senator Sheldon Whitehouse; explorer and BBC presenter Paul Rose; Danish environmentalist and Director General of the IUCN Inger Andersen; French photojournalist and UNEP Goodwill Ambassador Yann Arthus-Bertrand; and American marine biologist Edith Widder (to name only a few).

Contributors include hardworking men and women from around the world including the United Kingdom, the United States, Australia, Canada, France, India, Mozambique, Mauritius, Ecuador and more. Alongside these passionate and necessary voices, Philip Hamilton's mesmerising images - of reefs, blue whales, salt water crocodiles, manatees, sea lions, sailfish, penguin, mantas, jellyfish, turtles, sharks, pygmy sea horses and more - provide readers a glimpse of some of the world's most stunning underwater locations, bringing into sharp focus all we are at risk to lose.