Inquiry into African American literature in recent decades has neglected to probe the intellectual structure of the tradition's aesthetics and its underlying ideology.

In The Ideological Origins of African American Literature, Phillip M.

Richards begins this reconstructive work, illuminating the dialectical backstory of black prose and poetry in America.

Richards argues that the social and political forces that influenced white literature were uniquely reacted to, absorbed, and often times rejected by African American literary figures - from the eighteenth-century Puritan notions of a God-centered history to the onset of Romanticism and Modernism in the nineteenth and twentieth centuries.

Building his case for ideological continuity, Richards surveys a profoundly creative period of 125 years launched by an African American reaction against a racist, mid-eighteenth-century American culture.

This epoch in African American literature saw a fusion of Puritan-Protestant culture into a religious and secular worldview, drawing in the poetry of Phillis Wheatley, antebellum slave narratives, Richard Allen, and the periodicals of the ambitious African Methodist Episcopalian movement-all of which would form the underlying foundation of a black Victorian culture.

A rising black middle class, Richards argues, would later be secularized by an eroding religious tradition under the pressures of nineteenth-century modernity, the trauma of Jim Crow, and the emerging northern ghetto.

Richards further traces the emergence of Romanticism which appeared with white American authors such as Emerson, Thoreau, and Whitman, but would not take shape in African American literature until the likes of W.E.B.

Du Bois and Langston Hughes took stock of Anglo-European culture at the end of the nineteenth century.

The Ideological Origins of African American Literature illustrates a pattern of black writing that eschews the hegemonic white culture of the day for an evolving black culture that would define an American literary landscape. 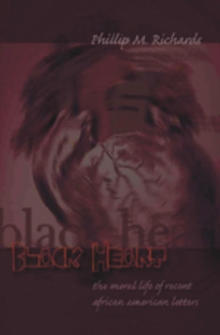 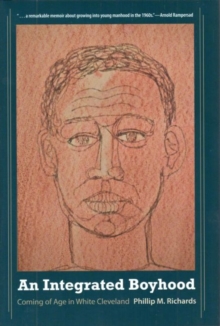