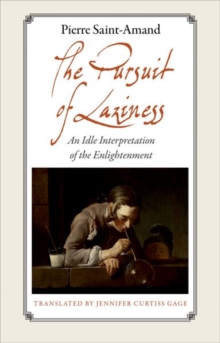 The Pursuit of Laziness : An Idle Interpretation of the Enlightenment Hardback

We think of the Enlightenment as an era dominated by ideas of progress, production, and industry--not an era that favored the lax and indolent individual.

But was the Enlightenment only about the unceasing improvement of self and society?

The Pursuit of Laziness examines moral, political, and economic treatises of the period, and reveals that crucial eighteenth-century texts did find value in idleness and nonproductivity.

Fleshing out Enlightenment thinking in the works of Denis Diderot, Joseph Joubert, Pierre de Marivaux, Jean-Jacques Rousseau, and Jean-Simeon Chardin, this book explores idleness in all its guises, and illustrates that laziness existed, not as a vice of the wretched, but as an exemplar of modernity and a resistance to beliefs about virtue and utility.

Whether in the dawdlings of Marivaux's journalist who delayed and procrastinated or in the subjects of Chardin's paintings who delighted in suspended, playful time, Pierre Saint-Amand shows how eighteenth-century works provided a strong argument for laziness. Rousseau abandoned his previous defense of labor to pursue reverie and botanical walks, Diderot emphasized a parasitic strategy of resisting work in order to liberate time, and Joubert's little-known posthumous Notebooks radically opposed the central philosophy of the Enlightenment in a quest to infinitely postpone work.

Unsettling the stubborn view of the eighteenth century as an age of frenetic industriousness and labor, The Pursuit of Laziness plumbs the texts and images of the time and uncovers deliberate yearnings for slowness and recreation. 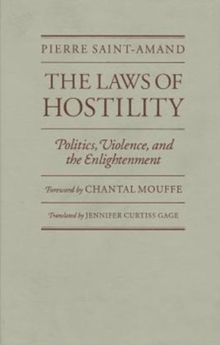 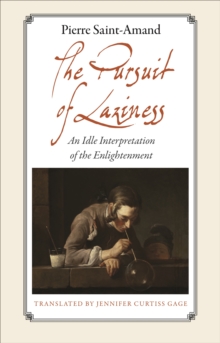 The Pursuit of Laziness