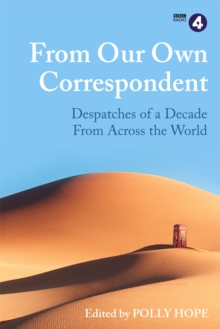 From Our Own Correspondent : A Decade of Dispatches from Across the World Hardback

For more than sixty years on the air, From Our Own Correspondent has been one of BBC Radio's flagship programmes.

It takes listeners to parts of the world they've never been, and perhaps never would go in their lives: war zones, refugee camps, elite universities, space stations, spy academies and lions' dens of all kinds.

Its reports introduce audiences to people they might never expect to meet: kingpins, revolutionaries, assassins and outcasts.

The programme has always relied on the power of personal testimony, with its contributors not merely reporting the news, but also sharing what they found out along the way, and how it felt.

Very often, it was their individual impressions and responses which made a dispatch vivid and memorable.

From Our Own Correspondent prides itself on relaying the stories behind the headlines - that is to say, the deeper and longer currents which throw up the crashing waves of current events. "We need the sights, sounds and smells, as well as the facts and figures": that's how the production team often sums it up for potential writers.

This is a place on air where the correspondents will often relate the unexpected: the day they attended a 40-course Chinese banquet, or swam with sharks, experienced zero gravity on a flight with Russian cosmonauts, went mud-wrestling in Turkey or ballroom dancing in Cameroon. With dispatches from every continent, this compilation of pieces written for From Our Own Correspondent brings together in one volume the most compelling stories of the past ten years.

It is a perfect primer for understanding the modern world. 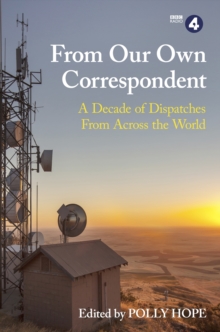 From Our Own Correspondent