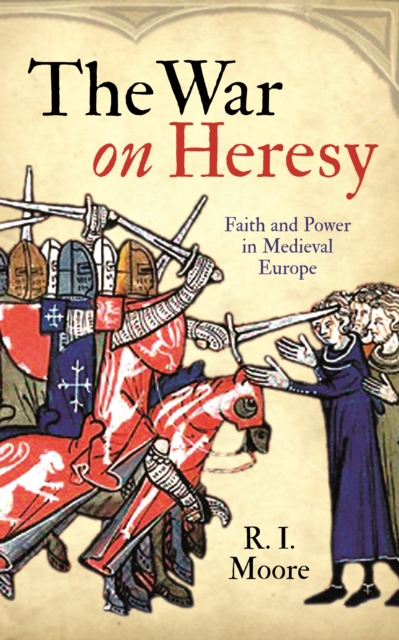 The War On Heresy : Faith and Power in Medieval Europe Paperback / softback

by Professor R. I. Moore

The war on heresy obsessed medieval Europe in the centuries after the first millennium.

R. I. Moore's vivid narrative focuses on the motives and anxieties of those who declared and conducted the war: what were the beliefs and practices they saw as heretical?

How might such beliefs have arisen? And why were they such a threat?In western Europe at AD 1000 heresy had barely been heard of.

Yet within a few generations accusations had become commonplace and institutions were being set up to identify and suppress beliefs and practices seen as departures from true religion.

Popular accounts of events, most notably of the Albigensian Crusade led by Europe against itself, have assumed the threats posed by the heretical movements were only too real.

Some scholars by contrast have tried to show that reports of heresy were exaggerated or even fabricated: but if they are correct why was the war on heresy launched at all? And why was it conducted with such pitiless ferocity?

To find the answers to these and other questions R. I. Moore returns to the evidence of the time. His investigation forms the basis for an account as profound as it is startlingly original.