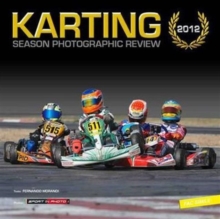 Illustrated with 174 photographs, many which are rare and not previously seen. The Early Era, from 1849 to 1930, spans a colourful period of professionals such as George Seward racing against horses under tent cover, six day endurance walking events and track events which were part of P.T.Barnam's Hippodrome spectacular.

This era also covers the significant influence of the New York Athletic Club in transforming the sports novelty events into a structured and organised amateur sport.

It was also during this period that women's participation was recognised with their own US national championships in 1927.

The Classical Era, from 1931 to 1985, spans the golden age where the Millrose Games at Madison Square Garden were the indoor "Olympics" and starred the likes of Harrison Dillard, Eamonn Coghlan and Diane Dixon, attracting crowds of over 18,000. Meeting officials wore tuxedos and New York men wore bow-ties and the women were in fine furs to attend a classy night out.

During this era the sport moved into a truly international sporting arena with the introduction of the first European Indoor Games in 1966, and the International Association of Athletics Federations (IAAF) Indoor Games in Paris in 1985. The Modern Era, from 1986 to 2013, spans an era where the sport has developed to what we see today.

Tracks are now a standardised length of 200 metres and have synthetic rubber surfaces instead of wood.

The biannual IAAF World Indoor Championships had 171 nations attending in 2012.

Stars were the likes of Bernard Legat and Jennifer Suhr.

Technology made huge advancements with television and internet media carrying the sport to worldwide audiences. 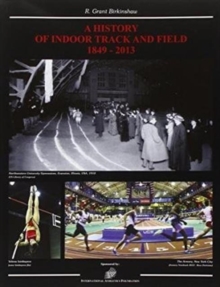