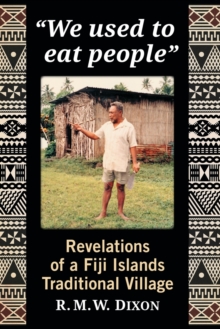 Living in a small reed hut within a traditional village on Taveuni, the "garden isle" of Fiji, deep in the South Seas.

Studying the language, how words and grammar are brought to life through the manner in which they are reflected in social behavior.

Established conventions had to be carefully observed, including rules concerning how to behave in the presence of a chief.

Unknowingly, the author broke many of these. But he was forgiven, adopted into a family, and accepted as a (rather unusual) member of the community. There were five cyclones that season, of terrifying strength.

Daily living was at one level idyllic, with fish and taro and breadfruit.

But village life pulsated with factions and feuds. These were resolved by the stern but benevolent chief (the author's `big uncle') whose word was law.

Cannibalism has been abandoned, reluctantly, at the behest of the new Christian God.

But olden-days religion survived beneath the new facade, traditional priests dancing naked on the beach beneath a full moon.

Surrealistic legends were recounted, one of which told of a princess born as a bird; she was murdered and thus became a comely maiden (but the murderer had to be cooked and eaten). 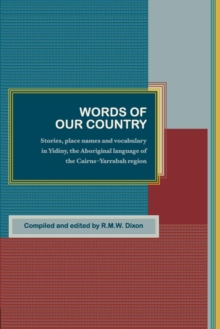 Words of Our Country