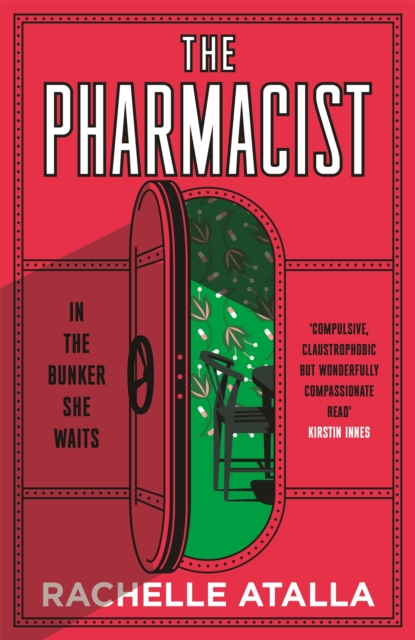 The Pharmacist : The must-read, gripping speculative thriller debut of 2022 Hardback

The fiercely controlled narrative beautifully translates the horrendous grip of dismal routines and tiny, stolen pleasures' DAILY MAIL'There are shades of George Orwell in this stunning writing debut, but Rachelle Atalla's voice is highly original. And wholly her own' THE HERALD'A compulsive, claustrophobic but wonderfully compassionate read, beautifully written and set within a brilliantly realised world.

Rachelle Atalla is a major talent and I can't wait to see where her mind goes next' KIRSTIN INNES, AUTHOR OF SCABBY QUEEN'Atalla's speculative literary thriller debut draws you in with its mounting sense of tension, disquiet and desperation' CULTUREFLYTHE BUNKER IS DESIGNED TO KEEP THEM ALL SAFE. In the end, very few people made it to the bunker.

Now they wait there for the outside world to heal. Wolfe is one of the lucky ones. She's safe and employed as the bunker's pharmacist, doling out medicine under the watchful eye of their increasingly erratic and paranoid leader. BUT IS IT THE PLACE OF GREATEST DANGER? But when the leader starts to ask things of Wolfe, favours she can hardly say no to, it seems her luck is running out.

Forming an unlikely alliance with the young Doctor Stirling, her troubled assistant Levitt, and Canavan - a tattooed giant of a man who's purpose in the bunker is a mystery - Wolfe must navigate the powder keg of life underground where one misstep will light the fuse.

The walls that keep her safe also have her trapped. How much more is Wolfe willing to give to stay alive?Beautifully written and utterly gripping, The Pharmacist will be a guaranteed conversation starter when it is published. 'An unflinching portrayal of what we might all be capable of, Atalla's stunning debut is essential reading for our times' HELEN SEDGWICK'Though set in a speculative future, The Pharmacist is very much a book for our own broken times.

Its story grips and never lets go, unflinching in its portrayal of abused power, moral confusion and betrayal, but also fully alive to the redemptive possibilities of compassion, resistance and love.

This is a powerful and memorable debut from an exciting new voice' WAYNE PRICE'A triumph of a book.

Character-led but taut and purposeful with action' LIAM MURRAY BELL 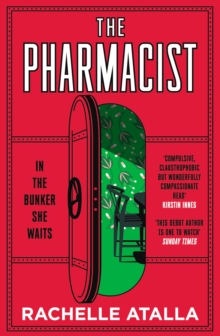