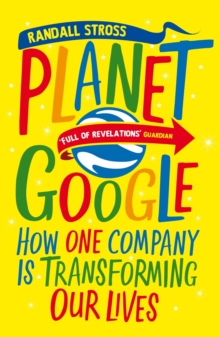 Planet Google : How One Company Is Transforming Our Lives Paperback / softback

Google has a dream: to manage the entire world's information.

The company wants to access every single bit of it it can - from news, to financial and historical data; from the content of books, films and TV, to a complete record of the Earth's surface; and most controversially, the statistics of our personal lives - from what we have been reading, to who we have been talking to, to what we have been buying and where.

If information is power, then Google are a force to be reckoned with.

Google is almost evangelical in its belief that by realizing its vision it will be fulfilling the promise of computing, as envisioned by its founding developers.

Others, however, are increasingly alarmed by the invasion of privacy that Google's vision might both entail and enable.

With unprecedented access to the key players at Google HQ, Planet Google is a revelatory - and often alarming - behind-the-scenes investigation into Google's plans, and the implications of its mission for our future.