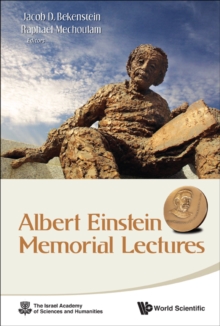 This volume consists of a selection of the Albert Einstein Memorial Lectures presented annually at the Israel Academy of Sciences and Humanities.

Delivered by eminent scientists and scholars, including Nobel laureates, they cover a broad spectrum of subjects in physics, chemistry, life science, mathematics, historiography and social issues.This distinguished memorial lecture series was inaugurated by the Israel Academy of Sciences and Humanities following an international symposium held in Jerusalem in March 1979 to commemorate the centenary of Albert Einstein's birth.

Considering that Einstein's interests, activities and influence were not restricted to theoretical physics but spanned broad fields affecting society and the welfare of humankind, it was felt that these memorial lectures should be addressed to scientists, scholars and erudite laypersons rather than to physicists alone.