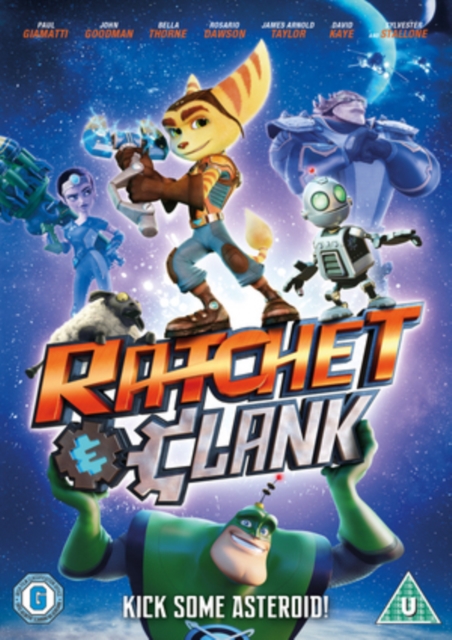 Kevin Munroe and Jericca Cleland co-direct this animation based on the video game and featuring the original voice cast including James Arnold Taylor, David Kaye and Jim Ward.

Ratchet's attempts to join the Galactic Rangers are initially rebuffed by their leader Captain Qwark (Ward), but the rodent-robot duo soon prove themselves to be useful in the fight against the evil Chairman Drek (Paul Giamatti), leader of the Blarg, as he executes his plan to control the Solana galaxy and repopulate it with his Blarg armies.