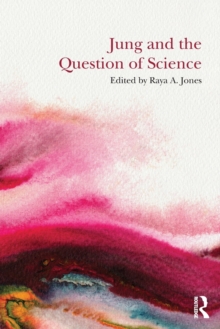 Jung and the Question of Science Paperback / softback

Jung and the Question of Science brings to the foreground a controversial issue at the heart of contemporary Jungian studies.

The perennial debate echoes Jung's own ambivalence. While Jung defined his analytical psychology as a science, he was aware that it did not conform to the conventional criteria for a scientific study in general psychology.

This ambivalence is carried into twenty-first century analytical psychology, as well as affecting perceptions of Jung in the academia.

Here, eight scholars and practitioners have pooled their expertise to examine both the history and present-day ramifications of the 'science' issue in the Jungian context.

Behind the question of whether it is scientific or not there lie deeper issues: the credibility of Jung's theory, personal identity as a 'Jungian', and conceptions of science, wisdom, and truth. The book comprises a collection of erudite essays (Part I) and linked dialogues in which the authors discuss each other's ideas (Part II).

The authors of Jung and the Question of Science share the conviction that the question of science is important, but differ in their understanding of its applicability.

Drawing upon their different backgrounds, the authors integrate Jung's insights with bodies of knowledge as diverse as neuroscience, literary theory, theology, and political science.

Clinical practitioners, psychoanalysts, psychologists, scholars and students interested in the Jungian perspective and the philosophy of science will find this book to be insightful and valuable.