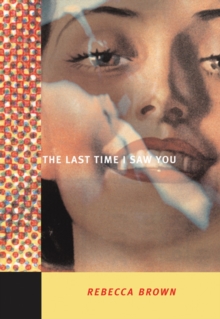 The Last Time I Saw You EPUB

Rebecca Brown's The Last Time I Saw You is a Finalist for the 2007 Ferro-Grumley Awards for LGBT Fiction!

In The Last Time I Saw You, author Rebecca Brown returns to the obsessive, darkly humorous voice that has earned her comparisons to Samuel Beckett and Djuna Barnes. Some of the tales in this collection are told in the scrappy, breathless voice of a naif on the verge of a terrible revelation. Others are noir-baroque monologues that collapse in on themselves as a speaker at last abandons a much-needed delusion. Intense, artfully crafted and oddly comic, the stories in this collection are bound to stay with you like an insistent, disturbing dream.

';A strange and wonderful first-person voice emerges from the stories of Rebecca Brown"The New York Times

"Rebecca Brown's newest collection of short fiction pulses with desires that cannot be attainedknowledge, understanding, quiescence, and love . . . The straightforward prose style belies Brown's penchant for brilliant narrative, which at any moment can turn from the gentle and intimate to the violent and bizarre."Utne Reader

"Brown's imaginative, fierce collection of 12 stories (her 10th book, after The End of Youth) evokes the painful detritus of lesbian love affairs long over and the trickiness of memory.'Publishers Weekly

"She is one of the few truly original modern lesbian writers, one who constantly pushes both her own boundaries and those of her readers. The Last Time I Saw You is an exhilarating reminder of just how thrilling difference can be . . . she reaches back into a time-honored tradition of mania that borders on the frightening, one that calls up Sappho's laments to lost lovers, Stephen Gordon's self-sacrificing delusions and the chilling compulsions of the women of Djuna Barnes' Nightwood.'Joy Parks, San Francisco Chronicle

"Every story is a stylistic and imaginative standout, but the most intriguing is 'Aspect of the Novel,' a truly original exercise in essayistic fiction that contrasts the closeted career of British novelist E.M. Forsterwho wrote his queerest novel 'Maurice,' in 1914, but wouldn't permit its publication until after his death in 1970with the secrets that the lovers populating Brown's unsentimental prose keep from one another."Richard Labonte, BookMarks

Rebecca Brown is the winner of the 2003 Washington State Book Award. Her books include The Gifts of the Body, Excerpts From a Family Medical Dictionary, The Terrible Girls and The End of Youth.

Also by Rebecca Brown   |  View all 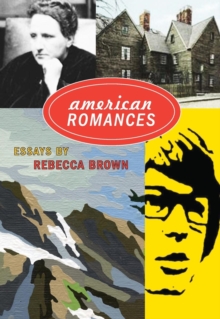 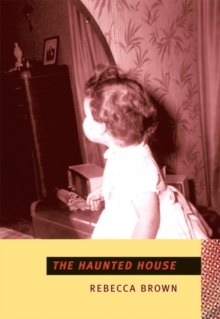 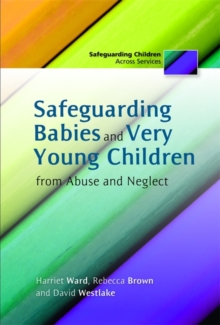 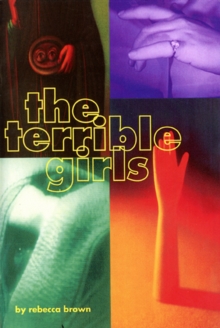